Diwali celebrations were held to celebrate the Hindu festival of light!

Activity sessions before hand there were focused on an Indian theme.

The residents made place mats to go onto the table during their special Diwali meal.There were also Diwali themed word searches, crosswords, and the story of Diwali,depicting how it became known as ‘The Festival of Light’.

Along with this some wonderful elephants were created to go on display on the dining room windows.

As it is an Indian festival; what better way to celebrate than with an Indian meal individually chosen by each resident; and then ordered from Oasis (Indian restaurant) in Stalham. This was followed with mango’s with mango ice cream.

To drink we had coconut  or alovera water,a taster of each to see which we preferred. There was also a bottle of bubbly, we know how to celebrate in style!

To finish the meal off tea and coffee was served along with authentic Indian sweets. (some of these were made by the grandparents of a child who Jenny looks after). They were rather yummy.

In fact the residents were joined by some of the children from Jenny’s childminding services. They really enjoyed the meal. 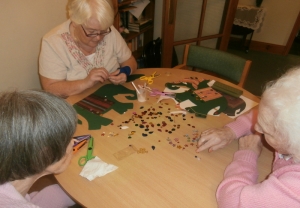 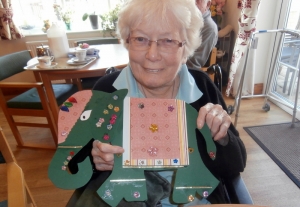 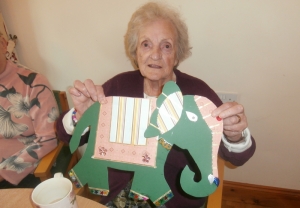 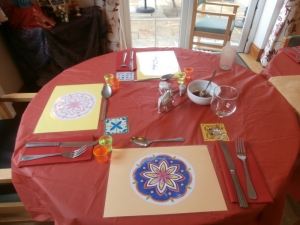 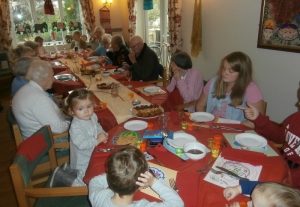 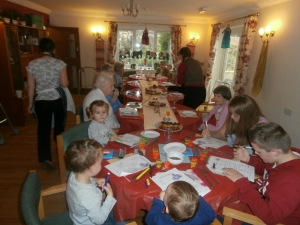 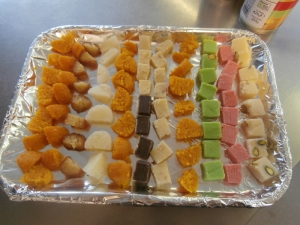 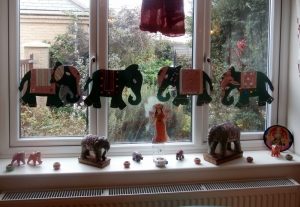 The Diwali elephant are on display 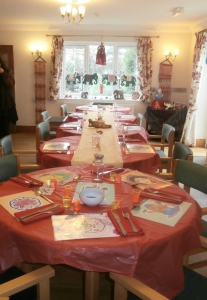 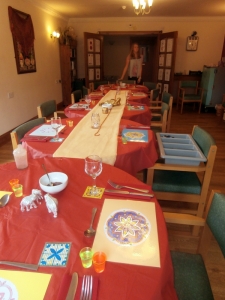 The table is ready! 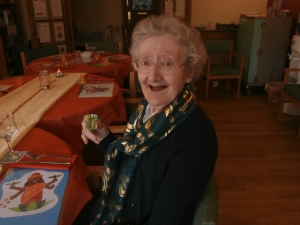 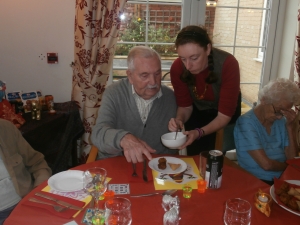